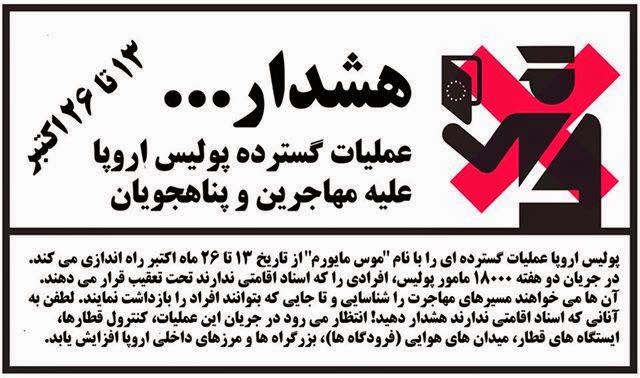 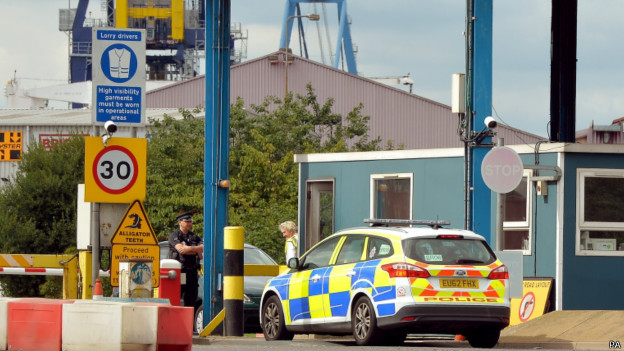 بی‌بی‌سی فارسی .
Posted by Afghan Refugees at 17:53 No comments: 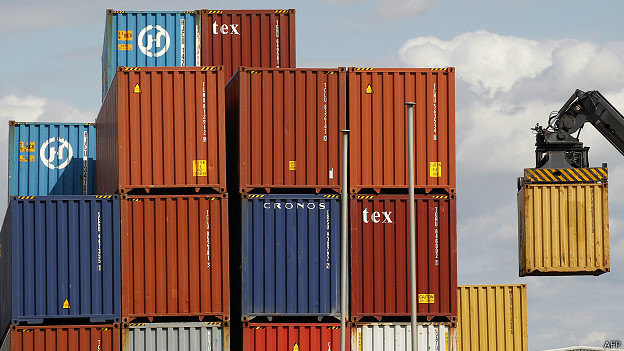 In April of 2013, four Greek farmers were accused of shooting at nearly 200 mostly Bangladeshi migrant workers, who were demanding six months of unpaid wages. A total of 28 of the workers were injured in the incident, four of them badly.
Two of the men — the farm's owner and a supervisor — were acquitted on charges of human trafficking and causing grievous bodily harm today.
The attack, which occurred on a strawberry farm in the Peloponnese town of Manolada, has sparked outrage in a country where migrant labor abuses are not rare, but shooting at staff is.
“This is both scandalous and disgraceful,” Demetrios Papademetriou, senior fellow and President Emeritus of the Migration Policy Institute in Washington, DC, told VICE News. “We’re talking about a population — migrant workers who are working illegally and exist in a country in an illegal status — as the most vulnerable of the most vulnerable... In terms of the hierarchy of people who move, we’re talking about the very bottom, the most exploitable, the ones whose rights are almost uniformly violated by just about any definition of the word ‘rights’ or ‘violation.’”
The incident occurred after the migrant workers, who according to a lawyer representing a group of them, had been working without pay for 6 months, demanded pay from their employers. According to witnesses, the foremen then began shooting at the crowd of workers with shotguns and a pistol. The gunmen then fled the scene, along with the farm's owner.


“We were told we would be paid at one o’clock. Then they told us we should come by later, at five and then finally they told us to go as another group would work and not us. Then three guys [Liedou has named the perpetrators] started shooting straight at us, injuring about 20,” a worker named Liedou told the Greek anti-racism organization UARFT

Video has emerged that was shot immediately after the shooting in Manolada.
Two of the farmers, one of whom was accused of human trafficking, were found not guilty on any charges, and the other two men were found guilty of aggravated assault and possession of illegal firearms, for which they were sentenced to 14 years and seven years, respectively.The accused denied wrongdoing, claiming self defense.
Many migrants summarily protested outside the courthouse today, and the workers’ lawyer, Moisis Karabeyidis, told The Guardian, “I feel shame as a Greek.”
According to Karabeyidis, the workers have still not been paid their wages — 22 euros per day — and could face deportation in September when their worker permits expire.
"This decision ... leaves room for new victims, and turns a blind eye to the brutal, inhuman racist exploitation of workers," Vassiliki Katrivanou, an MP in the left-leaning opposition party Syriza, said in a statement.

In this image taken on Wednesday, April 17, 2013, unidentified migrant workers receive first aid at the Medical Center of Varda, in Greece.
The incident received a great deal of attention in Greece, even resulting in a boycott of fruit from Manolada and a social media protest with the hashtag #bloodstrawberries.
Papademetriou — who estimates that there are roughly one million migrants in Greece, approximately 400,000 of whom are undocumented — describes the situation in the country as a “perfect set of conditions for horrible exploitation.”
There were 151 incidents of violence against refugees and migrants in 2012, according to theRacist Violence Reporting Network, a group of NGOs organized by the Human Rights Commission and the United Nations High Commissioner for Refugees in 2011.
"With the onset of the economic crisis, xenophobia and racial violence escalated substantially," wrote Martin Baldwin-Edwards, co-director of the Mediterranean Migration Observatory, in a July report. "Official indifference continued, with no formal recording of incidents and no interest from the police or public prosecutor’s office in dealing with extreme violence and racial hatred. In fact, in late 2010 the police introduced a 100 euro fee for non-Greek victims of assaults to register a complaint."
Baldwin-Edwards also notes the speediness of the state's Manolada investigation, "possibly owing to the international furor" surrounding the incident.
Though Greece and Bulgaria are often the first European entry points for migrants coming from Asia, they are generally used as stepping stones to other countries in the European Union, where according to Papademetriou, "jobs are more plentiful, where protections are better guaranteed, and where they probably have friends and family.”
But migrants can get stuck in these two countries, unable to move further into Europe and, sometimes, unable to return to their country of origin if they lack proof of citizenship.
Trapped in Greece. Watch here.
Such conditions are further exacerbated by the economic nosedive Greece has experienced during the recession — which has left nearly 30 percent of adults and nearly 60 percent ofyoung people unemployed — and led to the anti-immigrant, racist fears that have allowed for the proliferation of the Golden Dawn party.
"Migrant workers are not welcome in many parts of the world, but I think that Greece may have the distinction of having the nastiest anti-immigrant movement," said Papademetriou.
However, labor conditions for migrant workers around the world are notoriously terrible.
“I wish I could tell you that this is something that is unique to Greece, or that those farmers are sort of a real exception, but I know that this is not unique to Greece,” he said. “And I suspect, with the exception of the shooting, that these kinds of things happen with a great deal of regularity in many, many places around the world, including our own country.”
Posted by Afghan Refugees at 16:36 No comments:

‘Afghan family’ among those deported from Sweden .

around 20 Afghan refugees deported from Sweden arrived at Kabul international Airport today. This is the 4th Mass deportation from Sweden in the past few months. However there have not been many cases were families are deported. But this deportations includes a family of 5 with 3 children .
in a telephonic interviews with Reza’ head of the family who was deported from Sweden yesterday’ confirmed that they were around 20 people but he still didn’t know the exact number of people deported with him in the plane. Reza and the family now lives in Afghan refugee receiving center Jangalak. They are accompanied with some other guys who were deported in the same plane.
According to Ahmad Zaki Khalil, Refugee right activist from Sweden. Reza and his family were arrested from their home early morning of 9th December and transferred to another city by a small charter plane to join other Afghan refugees facing deportation
Zaki says; they were still waiting for the answer to Reza’s case, they had submitted and appeal for Reza’s case. but unfortunately Swedish police had brutally entered their home one early morning and detained and deported them back to Afghanistan ‘ before they get and answer to their appeal
Things were not so normal also in Kabul today as deportees from Sweden were welcomed by a suicide attack/car bomb in the Airport. Today 8 AM in the morning a blast was heard in Kabul international airport. http://www.khaama.com/heavy-explosion-heard-in-capital-kabul-3177
security condition in Afghanistan in General and in specifically in Kabul is getting worse

Which rises a question from those who send people back to such danger.Whether they don’t see such danger? or are they putting a blindfold on their eyes and ignoring all the realities in the ground!
Posted by Afghan Refugees at 17:41 96 comments:

Afghan Refugees
This is the blog of the young afghan refugee. network of afghanmuhajer.blgospot.com was formerly known as afghanrefugees.ning.com

Racism is the wrong way